Winston-Salem is a beautiful place to call home. With its scenic waterways and abundance of outdoor activities, it’s no wonder that Winston-Salem is a popular destination for families and professionals alike. The Winston-Salem area is close to several major lakes, including Lake Brandt, High Rock Lake, and (of course) Lake Salem. These lakes offer a variety of recreational opportunities, from fishing and swimming to boating and hiking. In addition, Winston-Salem is close to the Yadkin River, which offers kayaking, canoeing, and tubing.

But these fun-filled waterways can also increase the chances of damage to your home.

If you live in Winston-Salem, NC, chances are your home has a crawl space. And if your home has a crawl space, there’s a good chance that moisture is getting trapped underneath. This can lead to all sorts of problems, including mold and wood rot. Fortunately, there are things you can do to prevent moisture from getting trapped in your crawl space. For example, you can make sure the crawl space vents are clear of debris. You can also make sure that your gutters are clean so that they can properly channel water away from your home.

But most importantly, you can encapsulate your crawl space. Your crawl space is an important part of your home, and it should be well-maintained in order to protect the rest of your house from water damage, mold, and structural issues. Vents alone are not enough to keep the moisture out of your crawl space – in fact, they can only allow a small portion of the water to escape, leaving the rest to cause damage to your home. If left unchecked, this moisture can lead to wood rot, mold growth, and structural damage.

Crawl space encapsulation is an investment that will save you money in the long run by preventing costly repairs.

At Crawl Space Brothers, we care about families and their homes. We want to help you maintain a healthy and safe environment for your loved ones.

We'll be happy to discuss your options with you and help you find the best solution for your home.

Get Your FREE Inspection When You Call Now

Winston-Salem is a city located in the state of North Carolina, and it has a rich history dating back to the early days of American settlement. The first settlers to come to the area were of German descent, part of the Moravian Church. Originally two separate but neighboring towns, Winston and Salem were officially incorporated as Winston-Salem in 1913. Winston-Salem remains an important city in North Carolina today, and its historic downtown district is home to a variety of shops, restaurants, and galleries. Winston-Salem is known for its Winston-Salem State University, its historic downtown district, and its many museums and parks. The city also has a vibrant arts scene, with several art galleries and performance venues. Winston-Salem is a great place to visit for families, as there are several family-friendly attractions, including the Reynolda House Museum of American Art and the Winston-Salem Symphony. There are also several parks and recreational areas, such as Winston Lake Park and Tanglewood Park. Visitors can also enjoy the many restaurants and shops located in downtown Winston-Salem. Winston-Salem is a great place to live for families, as there are plenty of things to do and see. The city also has a low cost of living, and it is convenient to many major cities in the state.

Winston-Salem is a great place to call home.

Our Family-Friendly Service Is Just What Your Crawl Space Needs

Crawl Space Brothers is more than just a company – we’re a family. Each new team member that joins us is carefully trained by our crawl space experts, ensuring that they have the knowledge and skills to provide the best possible service.

We understand that your home is your biggest investment, and we'll treat it with the utmost care and respect.

Our top priority is providing you with the best possible customer service, and we’re always available to answer any questions or concerns you may have. When you call Crawl Space Brothers, we’re confident that you won’t be disappointed.

We pride ourselves on our top-notch customer service.

We’re so confident, in fact, that we offer a Lifetime Transferable Warranty and 5 Star Experience Guarantee to make sure you're always happy with our service.

Contact us today for a FREE crawl space inspection. We look forward to serving you and your family.

We Are Here for the Homeowners of Winston-Salem NC

A Vapor Barrier Is The Number One Thing To Protect Your Crawl Space!

A Crawl Space Dehumidifier Provides Moisture Protection For Your Home

Working With Crawl Space Brothers Is Easy As 1-2-3

Crawl space repair and encapsulation is a big job, and it’s one that you shouldn’t have to tackle alone. That’s where Crawl Space Brothers come in.

We’re a family-owned and operated business based in Winston-Salem, NC, and we’ve been helping families with their crawl spaces for over 10 years. We offer a variety of services, including crawl space dehumidifiers, crawl space vapor barriers, french drains, and waterproofing. We’ll work with you to find the best solution for your unique situation and budget.

And to ease your anxiety, here’s exactly what to expect when you work with Crawl Space Brothers: 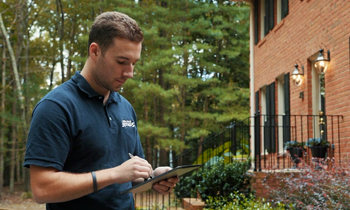 Step 1:
A team member will ask about the general history of your home, as well as any current issues. If you don’t have all the answers, no worries!. Our goal is to make sure that we get the full picture before suggesting crawl space dehumidifiers, crawl space vapor barriers, waterproofing, etc. 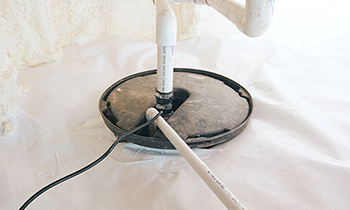 Step 2:
A team member will complete your free crawl space inspection. We will come to your home to determine if you have any existing issues and what risks might be lurking under your home. We can get rid of standing water in the crawl space with a sump pump at this point so that your home does not suffer any further damage. 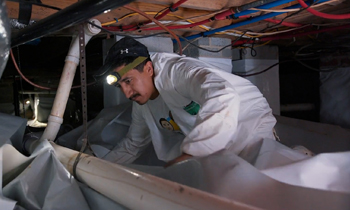 Step 3:
Whenever you approve the repairs, we’ll get them done quickly and seamlessly. After repairs are complete, we’ll get rid of any visible mold and encapsulate your crawl space. We will leave no trace behind. (Except for the fresher air and dryer crawl space, of course.)

Is it a good idea to encapsulate a crawl space? 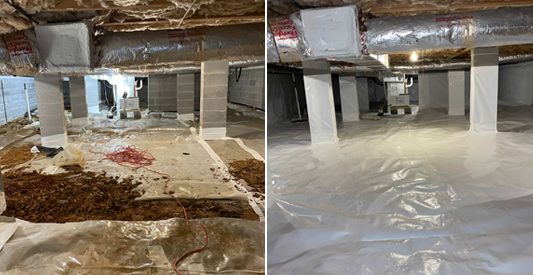 Should you put a dehumidifier in the crawl space?

Is a vapor barrier necessary in a crawl space?

Winston-Salem, NC, has a high risk of flooding that causes groundwater to vaporize once the temperatures rise in the spring and summer. Keeping your home and crawl space free from humidity, mold, standing water, and pests is possible with a vapor barrier. So you won’t have to worry about crawl space repair near Winston-Salem for quite some time. We will certainly miss seeing you.