Raleigh is a great city, but sometimes the damp and humid weather can pose a problem. All this extra moisture in the air is actually bad for your home’s foundation. Water can seep into it through the crawl space, degrading and corroding its strength over time.

To keep your home sturdy, you need a strong, dry foundation. If your crawl space allows moisture, mold, and pests into your home, it’s not doing its job.

Restore the strength of your home and the integrity of your foundation with the Crawl Space Brother’s waterproofing and crawl space repair services, also known as crawl space encapsulation. Our team of trained professionals will drain out all existing moisture, waterproof the entire area, and then design a system that will remove any future water accumulation.

When we’re done, your crawl space will be as good as new. And your home will be protected against the dampness of Raleigh for the rest of your life! After we work on your home, it will be protected against things like contaminated air quality due to mold growth or pest infestation. And this service lasts for the entire lifespan of your home. So you only need to invest in it one time to reap the benefits for years and years to come.

When you work with Crawl Space Brothers, you can trust us to deliver quality. We believe in what we do, so we offer every client a Transferable Lifetime Warranty. If something goes wrong, we’ll fix it. It’s as simple as that.

Why You Should Waterproof Your Raleigh Crawl Space

Many people never give a second thought to their crawl space. But actually, it is an important part of your home. When you waterproof it, you’ll see benefits throughout your whole house. Here are some of them:

Ready to see these benefits in your own home? Give us a call today!

Mold and mildew can be hard to prevent and harder to remove. So when you have a mold problem and need building restoration for your home in Raleigh, you need the Crawl Space Brothers. We’ll provide a custom solution that solves all your mold problems for good.

We have years of experience with mold removal and building restoration, so our teams have the expertise required to help you out. We will remove every last trace of mold and mildew in your home and then create a system to prevent it from returning.

When you work with Crawl Space Brothers, we’ll ask you to tell us more about the extent of your mold problem, as well as the history of the house and its foundation. That will help us identify the root causes of your mold problem and let us create a plan to prevent it from recurring. Next, we get to work removing all of the mold and moisture. Then we waterproof the area and install a customized drain system to keep your home dry and mold-free.

We’re proud to be Raleigh’s resident crawl space experts. We have more than 20 years of experience working in the crawl space and mold removal industry, so we have the knowledge and skills to solve any problem you have.

And because we’re a family-owned business, our reputation means a lot to us. That’s why we treat our clients with the utmost respect and make sure we’re proud of every single job we do. We’ll never cut corners or take shortcuts. That’s just not how we do things.

Another reason homeowners in Raleigh love us? Because we offer a Transferable Lifetime Warranty and 5 Star Experience to every single customer. Our clients can trust us to do the job right and stand behind our work. If something goes wrong or you’re not happy, we’ll do everything we can to make it right.

Call the Crawl Space Brothers today and see what a difference family-owned quality can make.

Donald Brown 9 months ago
They did a complete encapsulation of my crawl space and did an excellent job. Remy, Liam and Matt were awesome. Professional, outgoing, focused and great...Read More »
Bill Buck 10 months ago
March 8, 2022 Crawl Space Brothers is a top notch business for crawl space encapsulation. From the moment we met Kevin we were comfortable considering...Read More »
Tressa Mitchener a year ago
This company is very professional, knowledgeable and the customer service is great! I work for an hvac company and I have seen a lot of...Read More »
Kim Anastasi 10 months ago
The team from CrawlSpace Brothers were responsive, professional, and DELIVERED the job as promised. I can’t say enough about how efficient their two installers, Remy...Read More » 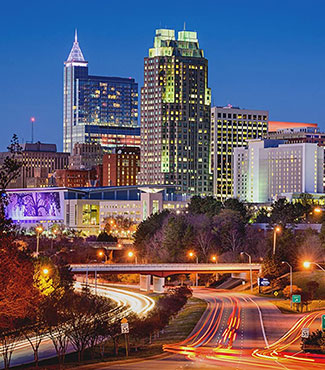 Raleigh is the capital of the state of North Carolina and the seat of Wake County in the United States. Raleigh is the second-largest city in the state, after Charlotte. Raleigh is known as the “City of Oaks” for its many oak trees, which line the streets in the heart of the city. The city covers a land area of 142.8 square miles. The U.S. Census Bureau estimated the city’s population as 474,069. It is one of the fastest-growing cities in the country. The city of Raleigh is named after Walter Raleigh, who established the lost Roanoke Colony in present-day Dare County.

Raleigh is the largest city in a combined statistical area comprised of Raleigh-Durham-Cary and is one point of the area known as the Research Triangle Region, named after a park created in 1959 by leaders from business and academia. Home to the North Carolina State University as well as six other colleges and universities, Raleigh participates fully in the region’s high-technology research, development, and manufacturing in such areas as the health sciences, pharmaceuticals, computers, optics, and many other for-profit and nonprofit enterprises.

Living in Raleigh offers residents an urban suburban mix feel and most residents own their homes. In Raleigh there are a lot of restaurants and parks. Many families and young professionals live in Raleigh and residents tend to lean liberal. The public schools in Raleigh are highly rated.

If you have a damp, musty crawl space, reach out to our office today. We offer free inspections in Raleigh NC to discover what is wrong with your crawl space. Whether you need mold removal, repair services, or crawl space encapsulation, our team of friendly, experienced technicians can help you out.

Call us today for service to your home in Raleigh NC and the surrounding towns.