Huntsville is surrounded by the beauty of water. To the southwest runs the Tennessee River. To the southeast is Guntersville Lake. Both of these offer Huntsville residents a chance to experience nature - and mix it with some summer fun.

But these waterways also put Huntsville homes at risk of water damage.

Many homes is Huntsville have a crawl space. Crawl spaces are a great way to keep flooding out of your home in the short term. However, in the long term, water that stays in the crawl space can still greatly damage your home.

In fact, your crawl space is a vital component of the foundation of your home. But they can be easily damaged by water and pests. If you live in Huntsville, AL, you may be particularly vulnerable to crawl space damage. The humid climate and frequent rainfall make it easy for water to seep into the crawl space, leading to a high risk of damage.

Crawl spaces need to be inspected regularly to ensure that they're
free of damage and debris. Our crawl space inspection services can help you if you aren’t sure how to inspect your crawl space. For over ten years, our family-owned business has helped homeowners repair their crawl spaces. You can count on Crawl Space Brothers to provide the best crawl space repair service by working with you every step of the way.

That’s why crawl space encapsulation and waterproofing are vital. They prevent damage from water. Because Huntsville homeowners know: that water damage is one of the worst things to happen!

We provide top-quality crawl space repair near Huntsville AL. Fill out the form on this page, or call us today!

Would you like to ensure the safety of your family and home? Of course! And so would we.

Our crawl space experts are here to help you. We will provide all the information you need so you can make sure that your home is safe. It can be challenging to determine when and how to take action, so we’re here to help.

Here at Crawl Space Brothers, we understand how important it is for families to feel safe in their homes. Unfortunately, many homes have crawl spaces that can harbor a variety of potential hazards. These dangers can include mold, mildew, dust mites, and rodents. In addition, crawl spaces are often damp and dark, making them ideal breeding grounds for these pests. Not only are these conditions a health hazard for your family, but they can also lead to serious structural damage to your home.

Fortunately, Crawl Space Brothers is here to help! We offer expert crawl space cleaning and repair services that will eliminate these dangers and help you maintain a healthy and safe home environment.

We serve the Huntsville area and would be happy to provide you with a FREE crawl space inspection. Contact us today to learn more about how we can help you protect your family!

Huntsville is a city located in the Appalachian region of northern Alabama. Founded in 1805, Huntsville was originally a small settlement near the Tennessee River, today known as the “Tennessee Valley.” Huntsville rapidly grew into a prosperous city during the American Civil War due in part to its strategic location. Huntsville served as a major supply and trading center. After the war, Huntsville continued to grow and became an important industrial center.

Today, Huntsville is listed as the best US city to live in and is known as the “Rocket City“ for its contributions to the US space program. Located in Huntsville, AL, is the Redstone Arsenal, which is a large Army base established during WWII.

Huntsville is also home to several universities and colleges – including the
University of Alabama in Huntsville and Alabama A&M University – making it a hub for education and research.

Huntsville is also known for its scenic beauty, with dozens of parks and green spaces perfect for hiking, biking, and picnicking. Whether you’re interested in history, science, or nature, Huntsville has something to offer everyone. 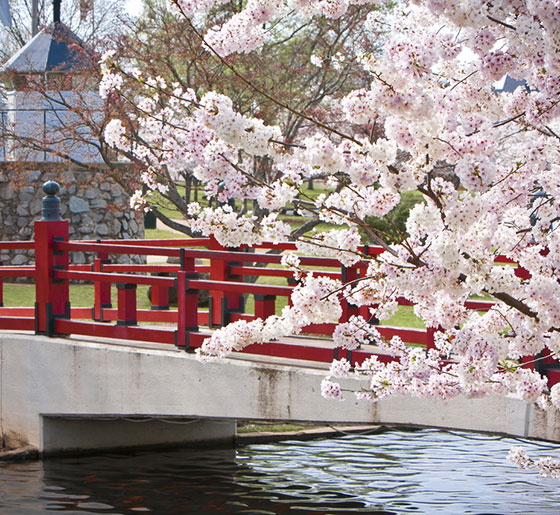 The crawl space underneath your home is more than a part of your home – it’s an investment. To protect your investment and maintain your crawl space for years to come, Crawl Space Brothers offer crawl space services in Huntsville and beyond.

We have the expertise and experience to maintain a healthy crawl space, from crawl space encapsulation to crawl space waterproofing and more. Since we are a family-owned and operated business, you can count on us to treat you and your home right.

Every customer we work with strives to provide a 5-Star Experience. We want to really earn your 5-stars for Crawl Space Brothers.

That means showing up, getting into your home, and fixing the problem permanently. All this without leaving any traces behind!

To show our dedication, we offer a Lifetime Transferable Warranty and a 5-Star Guarantee to each and every customer. We guarantee our crawl space encapsulation services will be high-quality. Your crawl space will no longer be a problem!

You may be wondering: How can you really guarantee this?

It may not seem possible, but we’ve done it time and time again and have the reviews to prove it! According to our customers, we consistently rank as one of the top crawl space companies near Huntsville, AL.

But don’t take our word for it; we find it hard to believe as well! Check out all our 5-star feedback from our past customers regarding our crawl space encapsulation, crawl space dehumidifiers, crawl space vapor barriers, waterproofing, and more. The quality of service we provide to our customers is very important to us. To us, our customers are family.

Crawl Space Brothers would love to have you as a member of our family!

Crawl Space Brothers is more than just a name. It was actually brothers who founded us! Since then, we’ve gained an entire team of family members. Our crawl space family is one of the largest in the country!

We don’t just care about your crawl space – we care about keeping you, your home, and everyone in it safe and healthy. Our services include crawl space repair, crawl space encapsulation, waterproofing, and more. But in the end, keeping your family safe and secure is all that matters.

So if you’re concerned about the condition of your crawl space, give us a call. We’ll be happy to help you find a solution that keeps your family safe and sound. We offer each “family member” a customized solution since there is no “one size fits all” solution to crawl space problems.

In addition to specializing in crawl space repair near Huntsville, AL, we own homes and have families of our own. As a family, we place a high priority on you. You can always count on us for crawl space assistance. Just call or fill out the form. Become a part of our family!

Hopefully it’s obvious by now, but family is the most important thing in the world to us. 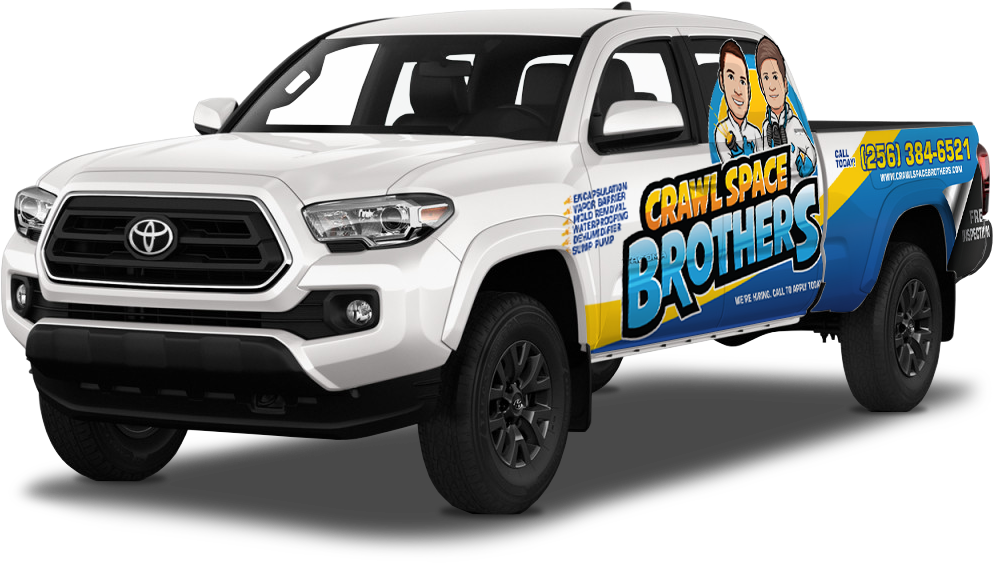 Crawl Space Brothers is committed to providing safe, healthy homes for families in the Huntsville area. To ensure your house and family are as safe as possible, we use best-practice techniques for crawl space repair and encapsulation.

The reality is that every crawl space poses a unique set of challenges, and there are no two houses the same. Using critical thinking, we tailor our approach to each home’s individual needs in order to find the best solution. Therefore, you can rest assured that your crawl space was repaired by experts who care about the safety of your family.

Our FREE crawl space inspection can help you identify any potential issues before they become serious problems. Our team will check your home for things like moisture, mold, and pests that could cause damage or make it unhealthful.

Crawl space inspections are quick and easy, and they could save you a lot of money and headaches in the future.  We can help you encapsulate, waterproof, or repair your crawl space – so you don’t have to deal with more costly repairs later.

Crawl space inspections are quick and easy, and they could save you a lot of money and headaches in the future.  We can help you encapsulate, waterproof, or repair your crawl space – so you don’t have to deal with more costly repairs later.

Having home improvement professionals in your home can be inconvenient. Because of this, we strive to leave no trace of our presence. Our presence will be undetectable!

You can depend on Crawl Space Brothers to care for your home and for you. With our help, you can make sure that your crawl space is safe and secure. We follow these steps: In addition to discussing any current problems you are experiencing with your property, our crawl space specialists also ask about its overall history. But you don’t have to have all the answers! Getting in and out of crawl spaces isn’t everyone’s cup of tea. We just like to be thorough so we can make the best recommendations.

Up next is our free, thorough crawl space inspection. We can then determine whether there are any problems, such as standing water or flooding, that need to be addressed. In addition, we will check for damage to walls, flooring, and insulation that is damp. Once we’ve identified any issues, we can make personalized recommendations, which may include crawl space dehumidifiers, crawl space vapor barriers, or sump pumps.

As one of the most important parts of your house, it’s important to keep your crawl space in good condition. For this reason, we will remove any visible mold from your crawl space after the repairs are complete so that the air in your home remains healthy and clean. We’ll also follow up with you to ensure you’re satisfied with our work and received 5-Star Service!

Call us today for a free crawl space inspection and personalized plan in or near Huntsville AL.

Feel free to drop us a line at info@crawlspacebrothers.com